My, my how the time has flown! FOUR! I spent four years in high school. I spent four years in college. But neither of those compare to how quickly the last four years have flown with our first born. I know I say this every year, but it's true. Time does go by so much quicker with children and you have to do everything you can to soak it all in and make the most of it.

I told her that we would do whatever she wanted to do on her birthday. I made it a point to be extra patient\ - she has been testing her limits lately and has been getting in trouble more than usual. But on her birthday I wanted her to have a good day so we talked about it that morning and she did very well most of the day. I've heard people say that 4 is the best age and that "they wake up 4" meaning they just all of a sudden act better. In a way I hope this is true.

The night before her birthday, after she went to bed, I made streamer garland to hang in her door way that she could run through when she got up in the morning. I had some extra streamers so I also hung some from the ceiling. Audrey was actually the first to notice them. She said "wow! cool!"

For her birthday breakfast I made some sprinkle pancakes with whipped cream and sprinkles on top. She mostly just ate the whipped cream. 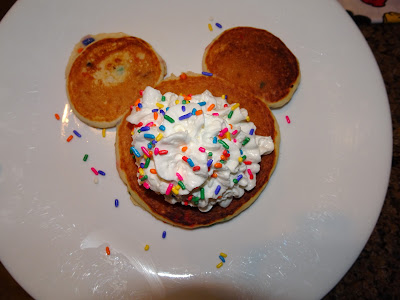 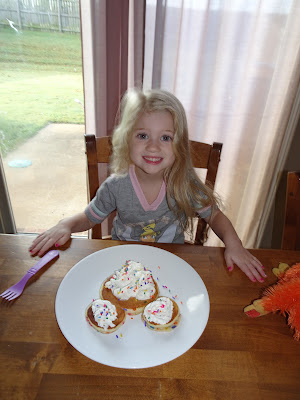 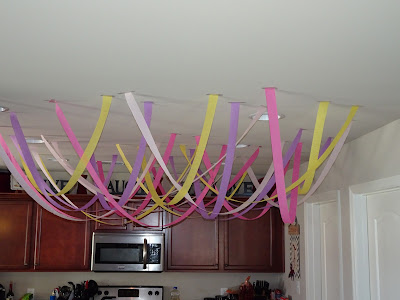 She decided she wanted to go to Let's Play in Huntsville. (She had a hard time deciding between Let's Play and the park.) It didn't open until 10 so we did a little playing at home before heading that way.

They both love this place! It is so much fun! There is a ropes course, which is super cool, but difficult to try and get Audrey through it. Toward the end there is a zip line and until today Raley has not wanted to try it. But after going through a few times she ran up to me and said "I did the jyew thing" (that word is supposed to be the noise that the zipline makes....no clue how to spell it but that's what she kept calling it.) 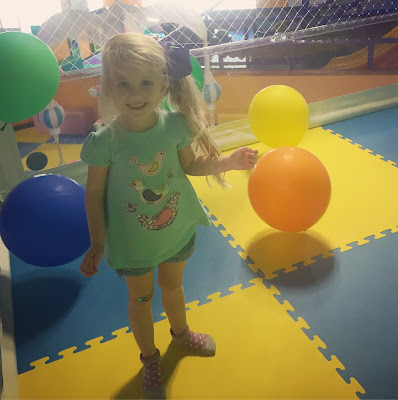 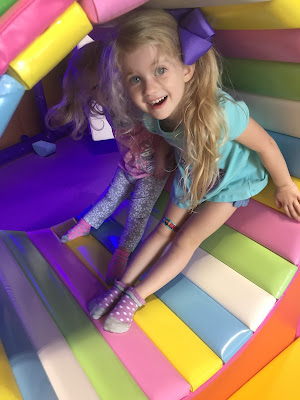 After playing for a while we met David at Bridgestreet for lunch. This is a little birthday tradition - we eat pizza at Pieology, ride the carousel, then get ice cream. These are some of her favorite things and I love this tradition that we've made.
She was eating her pizza like a big girl! 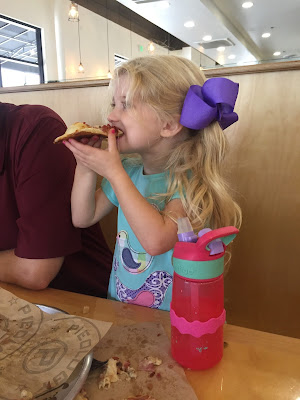 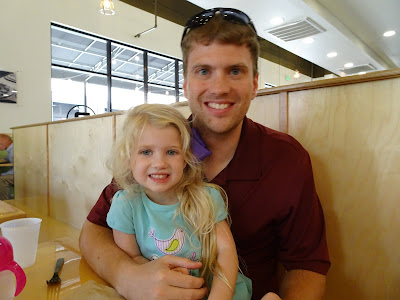 The carousel is one of our favorite things. If you live in Madison/Huntsville, it's for sure worth the money to get an unlimited pass. This was a Christmas gift to the girls from my parents last year and it has been great! I love experiences as gifts. We have more toys than we know what to do with and we have been able to ride the carousel and go to the botanical garden (David's parents got us a membership for Christmas) more than we ever would have gone if we had to pay for it each time. 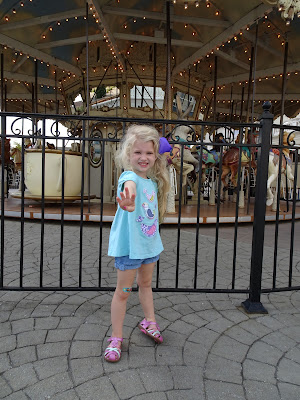 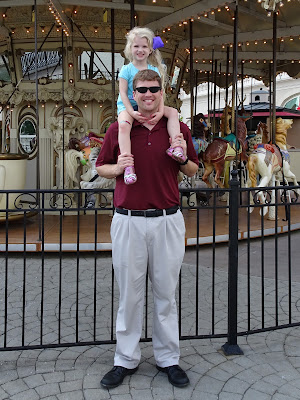 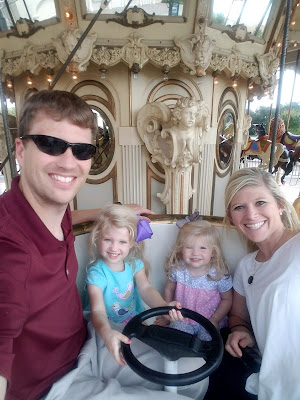 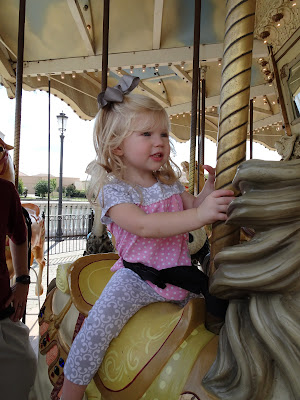 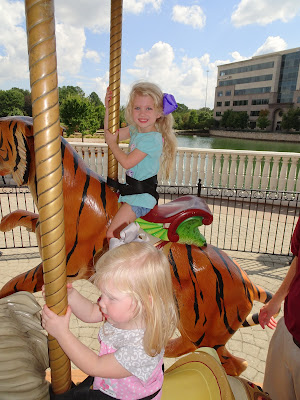 Of course we let her pick out her ice cream and she chose blue cotton candy with sprinkles. Her mouth was so blue! 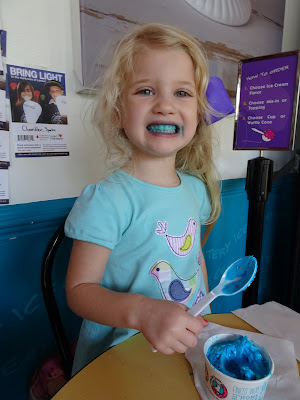 We let her walk around the fountain for a few minutes. She was so cute holding David's hand walking on the edge. She told him "This is the best day ever!" 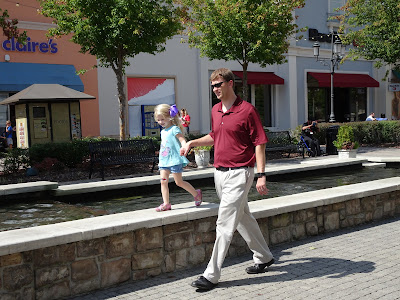 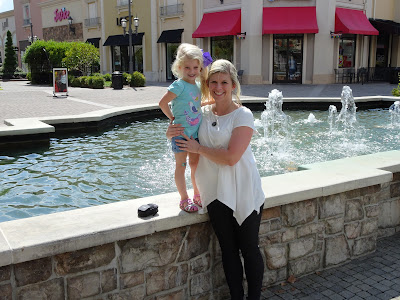 On the way to the car she was holding my hand and kept looking up at me with this sweet, beautiful smile. I had to pull out my camera and capture it. 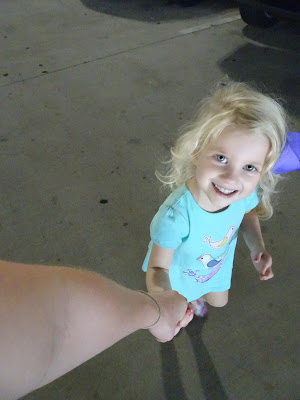 After we got home, Raley got to have "rest time" while Audrey napped and I took a shower. I don't usually let her look at the iPad during rest time, but it's her birthday! She picked a movie to watch on the Disney Anywhere app and laid in our bed while I got ready. Something I've learned to do if I'm not sitting there watching what she's doing on the tablet is to turn on the Guided Access lock so she can only stay in the app that's open. She loves to surf YouTube and there is just so much weird stuff out there, there's no telling what she may come across, so I lock it to try and keep that from happening.

When I asked her where she wanted to eat for her birthday she told me she wanted "the chips and salsa where you throw the pennies" which we know means Rosies (which was fine with me...it's my favorite too!!) 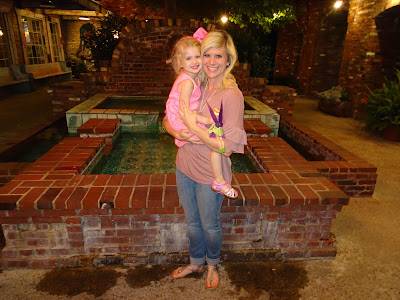 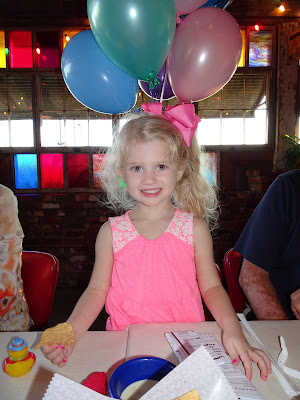 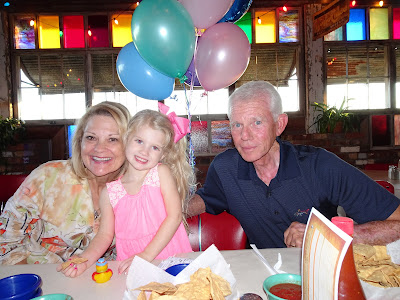 She was very excited and just too sweet. She was even telling everyone "thank you" for the gifts without being prompted. 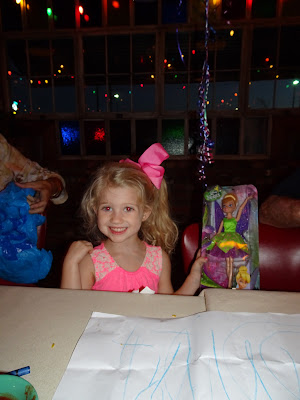 After eating we let the girls play outside for a few minutes and throw pennies in the water. We even got a couple of good pictures out of them, which is hard to do these days! 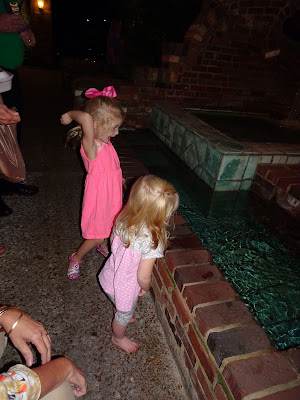 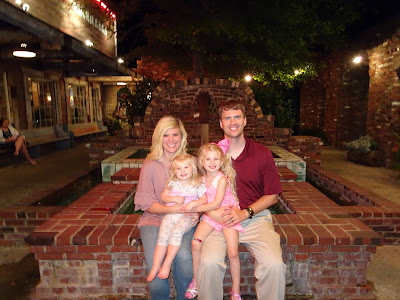 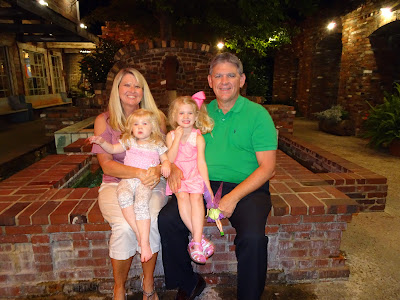 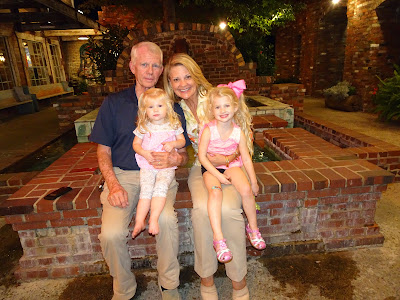 By the time we were done at Rosie's it was bed time. We read Raley her Dr. Seuss Happy Birthday book and put her to bed. She only got out of bed twice and then crashed. I hope that this will be a turn around and she will start staying in bed again.

We had such a wonderful day! I wish all days could be like this. Making my kids' birthdays special is something I hope to be able to do every single year. It's their one day a year when it's all about them!

HAPPY BIRTHDAY, RALEY! We love you more than you know!
"Today you are you, that is truer than true. There's no one alive who is you-er than you." -Dr. Seuss

In case you missed it: Raley's Lilo and Stitch Birthday Luau